My Spotify playlists lean heavily towards classic rock with a side of traditional jazz, mostly for Sunday mornings with the New York Times and an extra mug of coffee. Any new music I’ve been exposed to in the past 20 has come from either students (thanks, Dani and Skrabs!), my sons or, in more recent years, 97.7 WEXT. There’s some good stuff out there and I’m more than open to expanding my musical horizons any time. 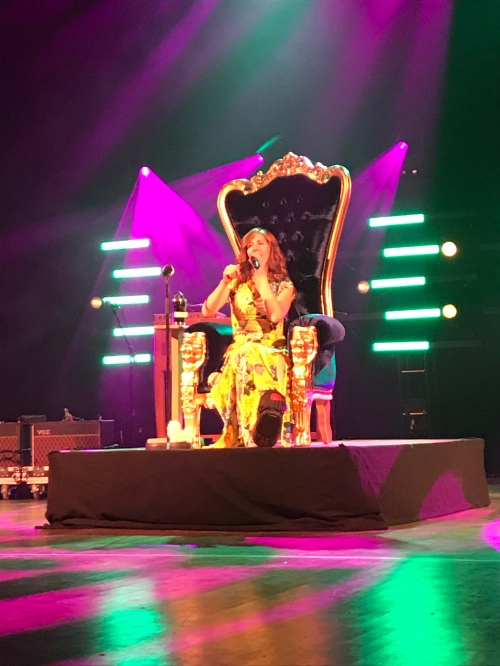 I’ve seen a few shows this year that have been, what I consider to be, slightly under the mainstream radar. There were The Suffers at the Egg, The Marcus King Band in Cohoes and St. Paul and the Broken Bones in Asbury Park, each qualifying as not exactly well known, but extremely talented musical groups. Sunday night, I saw another one of these special performances, this time at the Palace.

What happens when you go to a concert, thinking you’re one of the cool kids hip to a great band, only to learn that the rest of the audience is your age or even older? Well, that was my experience this past weekend at the Lake Street Dive show at the Palace Theater. I went into this show assuming the crowd would be trendy and young and I couldn’t have been more wrong because most of the folks were my peers. You know, the well preserved middle aged type.

I can’t claim to be incredibly familiar with Lake Street Dive’s catalog, but I can tell you this – they were awesome and put on a killer show. The band, who have been playing together since meeting as students at the New England Conservatory of Music, plays music that spans multiple genres including Indie Rock, Neo Soul and Alt Jazz. The lead vocalist, Rachael Price has a truly phenomenal voice that she seems to effortlessly unleash, even from a sitting position necessitated by a booted broken foot. Bridget Kearny who slays on upright bass completely blew me away with the sounds she created – and her adorable hot pink booties. The remaining members of the band Mike Olson (on guitar/trumpet), Mike Calabrese (organ and drums) and new member, Akie Bermiss on keyboards.

After attending a huge two-day music fest a few weeks ago, this concert was a warm welcome back to the kind of show I enjoy – one that is local, low key and absolutely danceabley fun. If it hadn’t been a Sunday night, I would have hung out until the bitter end and maybe even waited at the stage door to thank the band for a terrific night out. As it was, I left before the final encore and joyfully hummed my way back to the car. You know me – I’ve always loved a dive.