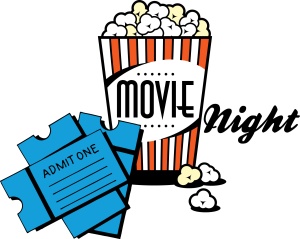 I’ve been on a bit of a tear recently when it comes to watching movies. I’ve seen 5 in the last couple of weeks, a combination of new releases and catching up on older releases that I hadn’t previously seen. It’s kind of what happens when you’ve exhausted all the other options in our Hulu, Netflix, Amazon Prime household.

First up was the latest Spider-Man flick – Spider-Man:Homecoming. By no means have I have seen every incarnation of this superhero series, but this one is up there in terms of my favorite versions. It’s really nice to go to a movie with my 12 year-old and not have a single awkward moment prompted by whatever is being displayed onscreen. The movie had light moments, Peter Parker had a buddy, the cast was good (and wasn’t exclusively white) and Robert Downey, Jr had a number of scenes. Definitely worth seeing in the theater.

Next, on a customer friend’s recommendation, was The Great Beauty. It’s been a long time since a movie with subtitles, other than Manga, was viewed on my old television and this one was compelling enough to make me seek out more. The images of Rome have me beyond excited for next winter’s trip and there was a lovely melancholia that has stuck with me even days later. The scene when Jeb takes a woman down verbally is brutal, but I saw enough beauty in the film to keep me interested until the end.

We were back at the Spectrum a second Saturday to see the newly released Dunkirk. Two of my three boys are huge European history fans and they constantly teach me about geography and war. I’d never heard of Dunkirk before, but the story is remarkable and I really liked this movie. The images of those men and boys fighting for survival and to save one another is powerful and my respect for soldiers knows no bounds. I also really appreciated Christopher Nolan’s handling of the material – lots of tension, yet no blood or gore. Looks like Dunkirk is now on the list as a potential destination for Quinn’s 2020 trip, along with Paris and Bruges.

On a quiet Sunday evening I came across 20th Century Women, a movie I wanted to love, but ultimately only liked a little bit. Annette Bening is an actress that I admire and I enjoyed her performance, but the movie just didn’t feel cohesive to me. It was like a cake that is missing some critical ingredient. Meh. I hope to see her again in something more worthy of her talents, but I wouldn’t recommend bothering to see this one.

Lion, though, I very much enjoyed. The young actor who portrayed the main character as a child was amazing. His chocolate brown eyes spoke volumes and I couldn’t stop thinking about his resilience under the awful circumstances he found himself in. I don’t imagine my own children could have survived if they were faced with the same challenges. The movie, based upon a true story, is a genuine tear jerker, but it ends on a high note and watching Dev Patel for an hour plus was not a struggle. He is a very handsome man.

So, what have you seen recently?