On a visit to Ireland maybe 10 or 12 years ago,* one of my father’s sisters gifted me with some euro. I felt inspired to use the money, along with some of my own, to buy a lasting souvenir for my boys…Claddagh rings for all!

I visited a well established jeweler on the St. Stephen’s end of Grafton Street and selected 3 gold rings, in adult sizes, with the intention to put them away for when my boys were grown. Upon my return to the States, they went into the fireproof box where they sat in their sturdy green boxes for nearly a decade.

In recent years, two of three rings have seen the light of day. Middle son decided to wear his and promptly lost it. Way to go, G! Youngest son, the one with the serious Donegal McMenamin genes, has been wearing his ring on his rather large hands for about a year or so and seems to cherish it in the manner that I had imagined when I initially purchased them. Good job, Q! As for oldest son, he had no interest whatsoever in wearing his ring, which left it in the lockbox for the foreseeable future. L just wasn’t feeling it. Somehow he’s an Anglophile of all things.

As I prepared for my most recent trip to Dublin, I decided that I was tired of leaving this meaningful piece of jewelry in its box for eternity – or until Donald Trump causes the world as we know it to end with his insane policies. Like each of us it needed to be appreciated and enjoyed.  I went online and located the McCormack’s website https://celticdublin.com/ and sent off an email explaining the situation and asking if they might consider taking the ring back and providing me with store credit. It can’t hurt to ask, right?

A number of days later I received a polite response advising that after such a length of time they were unsure what they might be able to do, but I was welcome to stop in when I was in town. Perfect. I packed the ring. On my first day in Dublin, I stopped in the shop and spoke with the same man who had both sold me the rings and responded to my email, Robert. After hearing my story and giving the ring a lookover, he offered me a more than reasonable store credit which I promptly put towards a beautiful and sentimental necklace. For myself. Isn’t it beautiful? 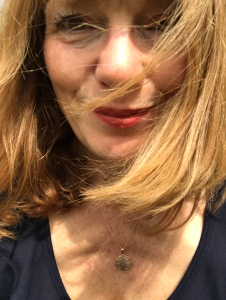