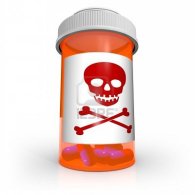 About a million years ago I worked for a medical practice in NYC. The doctors I worked with were incredibly hardworking, professional and compassionate. Coincidentally, at this very same time my brother was doing his residency in emergency medicine and he can also be accurately described with those very same adjectives. I miss those days.

Because of various medical issues and ailments I sometimes think I have a team of doctors. Well, I’d like to think that. In reality, I have a number of physicians who independently contribute to maintaining my health. You see, when I asked my cardiologist a number of years ago if she could speak directly with my endocrinologist regarding her concern with my Synthroid dosage, she quickly asserted that medicine no longer works that way. Apparently there isn’t time for doctors to discuss mutual patients.

Early last fall I phoned my primary care provider’s office to schedule my annual physical. They were able to fit me in approximately 3 months later. Weeks before the scheduled appointment I received a letter in the mail from them canceling my appointment and requesting that I phone to reschedule. Maybe their phones only receive calls? I mean, why didn’t they call me? I rescheduled for 6 weeks later, appreciative of the fact that my insurance, unlike so many others, isn’t dependent upon my reaching a certain dollar amount prior to kicking in. It would have really irritated me to have been financially penalized for their inability to honor an appointment made months in advance.

A couple of weeks ago, I received another letter from them. It contained my anticipated lab work order since my doctor’s office prefers to have the results available to discuss during our appointment. This time, though, there were some additional tasks to take care of in advance. It appears that now, to expedite the visit, I was being asked to complete an intake form indicating any recent surgeries, hospitalizations, prescription changes, etc and return it to their office at least two weeks ahead of my appointment. There wasn’t even a stamped envelope included.

Frankly, this request pushed me over the edge. Since I see a clinician (generally a nurse practitioner and not the same one consistently) at this practice approximately once a year, it doesn’t seem unreasonable for me to expect to update my medical history during my visit. You know, as a part of a conversation? I’ve been a patient of this medical practice for close to 20 years and I don’t think I’ve ever been less happy to entrust my sometimes complex medical history with anyone. I’m not complying with their request and I am keeping my eyes open for a new health care provider.

On a somewhat related note, my own brother has semi-retired, which means he resigned his position and no longer is practicing but has not fully committed to retirement yet.  He said he was tired of practicing medicine for insurance companies and attorneys.

All of this makes me sick.