What would you do if you arrived at your Adirondack getaway, a yurt in a semi-remote location accessible only by foot, in the dark? Would you confidently venture up a trail that you vaguely remember from that one other time you were there? Keep in mind, of course, that you’re toting a ridiculous amount of gourmet food, as well as 3 hardcover books, a heavy (and delicious) bottle of wine, bottles of water and some other stuff that you think you absolutely must have for the night, all of which equals a heavy load. Oh – and you have a city dog on a leash who just might be afraid of the forest.

Well, if you’re me, you take purposeful strides up that steep hill in the direction that seemed familiar until it no longer felt familiar. After a few minutes of consultation and consideration, you conclude that continuing blindly in the dark is more than a little irresponsible and you head back down the trail which, not too surprisingly, leads to a place other than your original starting point.  Bearings now gained, thanks to an app on your iPhone, you walk out to the road with all of that prosciutto and pâté getting heavier by the minute, and then back up the long and rugged driveway to your car and declare Take 2, summit to yurt.  And this time, you are successful.  Those small reflectors marking the trail really helped.

Once in the yurt, ridiculous city shoes off and fantastic bottle of wine opened, you settle in and begin to enjoy the sense of being away.  Food gets busted out, without benefit of plates or utensils, other than the plastic ones tossed into the Cardona’s bag at the last minute. Candles are lit and the wine is uncorked and then swilled directly from the bottle since you remembered a corkscrew, but not a cup, much less a glass.  You begin to truly relax, charmed by the coziness of the yurt and the company.  Surprisingly, the dog who seemed more than a little tense on the walk (it’s become a “walk” rather than a hike, retrospectively. Thank you, wine) up to camp settles down nicely at the foot of the futon and the sound of a nearby train only adds to the atmosphere. Lovely.

Morning breaks slowly and much later than expected. The skylight above filled with grey then shades of blue which grow increasingly more saturated. The first peek out of the door reveals a golden view of leaves and water and mountains. The air outside doesn’t jar as expected  because it is nearly the same temperature as indoors. A mid-morning meal gets made from last night’s leftovers in the hopes that our load on the way down would be lighter, as were our spirits.  A brief escape successfully managed. We’re definitely doing this again – but with less food and more appropriate footwear. 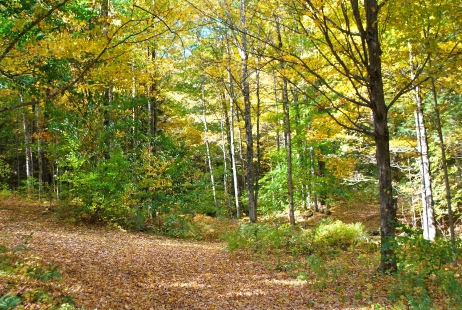 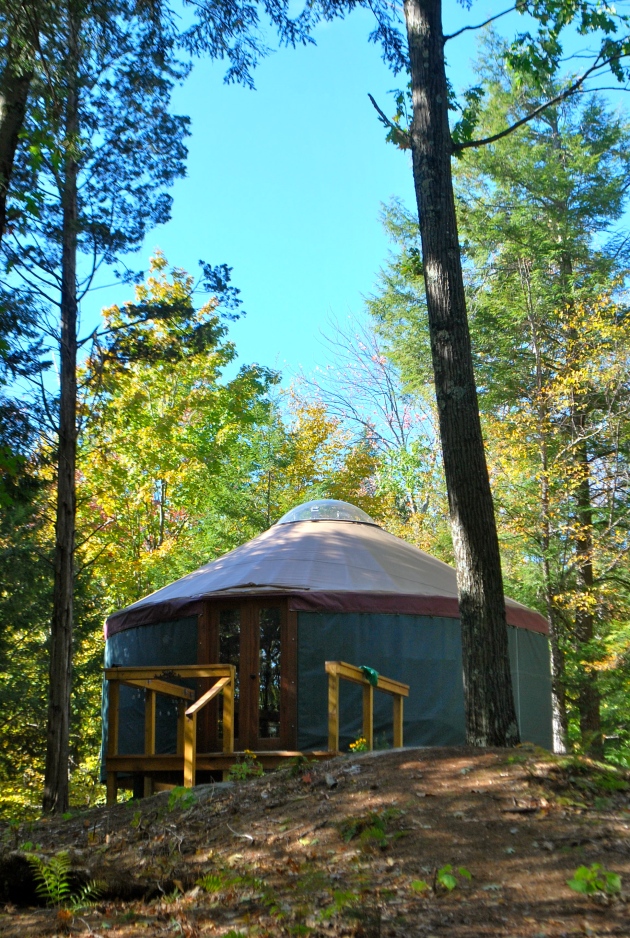