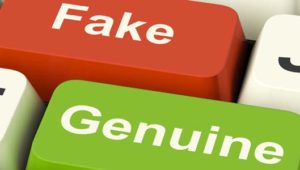 Over the weekend, more significantly on the first of April, there was a bit of a brouhaha in the Times Union Blogoverse. Chuck Miller posted a piece that day, as he has every single day for some remarkable length of time, that claimed that Kellyanne Conway would be the speaker for the University of Albany’s 2017 spring commencement. When the headline came across one of my feeds, without even clicking through, I discerned that it was an April Fool’s Day joke and quickly moved on to something else I was more interested in reading. There were a lot of funny things published that particular day and honestly, that toy soldier outfit of Conway’s from Inauguration Day is a real turnoff.

Later in the day I heard there was some controversy about Chuck’s post. It seems that the editor of the Times Union felt compelled to have the blog post removed from the website and to go one step farther by Tweeting out an apology along with a four sentence story on times union.com:

A community blog hosted by timesunion.com falsely reported Saturday morning that Kellyanne Conway, a senior advisor to President Trump, would be the commencement speaker at the University at Albany. As soon as we were alerted to the post, we removed it from our site and suspended the blog. We apologize to anybody who was misled by this post, which was not written by a Times Union staff member. Even on April Fools’ Day, there’s no place for fake news under the Times Union banner.

To me, the most outrageous part of this entire episode is this undeniable truth: the newsroom at the Times Union, a place once filled with professionals, is a ghost town. In the last few years, reporters and editors and photographers have left the Times Union faster than Donald Trump jets to Mar-a-Lago every weekend.

Look at this list of names – Paul Block, Jordan Carleo-Evangelist, Michael P. Farrell, Bob Gardinier, Jen Gish, Paul Grondahl, Michael Huber, Tim O’Brien, Tracey Ormsbee, Ray Pitlyk, John Runfola, Cindy Schultz, Brianna Snyder and Dennis Yusko. All have left the Times Union in the past year or so. Yes, Rex, the offending blog post was not written by a Times Union staff member because, in fact, there are hardly any of them left.

When newspapers make the decision to buy printing presses and build community meeting space rather than pay professionals to cover real stories, what they become are blog hosts and slide show click bait. At a time when real news reporting has never been more critical, the editor of the Times Union and the corporation that owns it have become a media joke. Kind of like the blog post that started all of this.