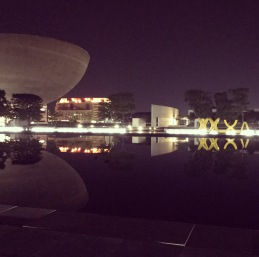 Following what may have been the best June ever and a July that was fantastic, August has started with a bang! Last night I had a primo Albany evening – drinks with friends, a concert that was beyond all expectations and a late night walk around the Empire State Plaza. Plus, there was the bonus of leaving my car at home and relying on Lyft for transportation, a new and welcome option in our area.

Let’s start with my getting a Lyft. I got an email this week offering me up to $100 off of my next 20 rides within a specific time period. Knowing that I’ll be traveling for some of this time, I decided to initiate the offer last night and start saving $. I requested a ride from my home in the DelSo to McGeary’s, where I was meeting friends to pregame before the Alabama Shakes show. My driver arrived in less than 5 minutes and for a discounted total of $4.50 (plus a $3 tip) I was dropped off downtown at my requested destination. Hours later, I paid a similar amount to get from Lark St. back home. Again, the wait for my ride was mere minutes, unlike any time I’ve ever taken a cab in Albany. Total and complete game changer.

The concert was phenomenal. Thanks to the power of Facebook, I scored tickets after appealing to my friends that I needed to see this show. My seats were in the balcony, I had lots of friends in the venue and Albany welcomed the Alabama Shakes with great enthusiasm. I was lucky enough to have seen the band a couple of years ago down at Mountain Jam and their performance last night again demonstrated what a great band they really are. Lead singer and guitarist, Brittany Howard, is a force to witness and her modest, low key personality is a rare thing in the music industry. I absolutely loved the show. Put them on your list to go see next time they come around. 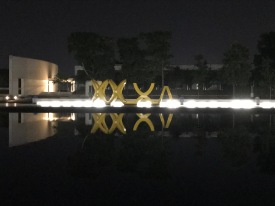 In between Lyfts and the show were a couple of tasty beverages with a group of people who I was happy to mix together. There was a lot of laughter, good conversation, a few tall tales and a stroll around the Capitol on a gorgeous summer night. Oh, August, you’re killing it! Summer, 2017 is turning out to be epic.

One thought on “Catching a Lyft to see the Shakes”