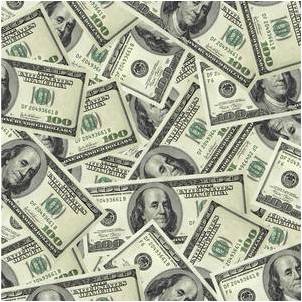 Do you think the wealthy live like you? There have been a couple of news items recently that, to me, have very much demonstrated a fundamental difference between those who are financially rich and those who are not. First example? Meghan Markle’s recent baby shower in NYC, an occasion which seemed to truly piss people off due to the extreme cost of the event. To all the people who expressed disgust at the indulgence of a baby shower which cost more than most people make in multiple years of full time work, I ask this – are you sincerely shocked that Meghan Markle had a baby shower hosted at The Mark Hotel’s penthouse aka the most expensive hotel room in the country?  What were you expecting? Crepe streamers and ice cream cake at the Elks Club?

While the act of becoming pregnant and birthing a child may be one that is practically universal (sorry, dudes, you do not have the power), how that whole process works on a socio-economic basis is quite varied. If you’re poor, black or uneducated your odds of having a well tended and healthy pregnancy are dramatically lower than what the Duchess of Sussex will experience. Focusing attention on the expense of her shower, which was paid for by her wealthy friends, deflects attention from the real issue – there’s an incredible disparity in health care and opportunities between the wealthy and most of the world’s population.  That being said,  I don’t begrudge her the joy that comes from bringing a new life into the world and I don’t believe you should either. Save your energy and outrage for the women who don’t get prenatal care or postpartum support.

Now, about this college admissions scandal…how is anyone surprised by this situation?  Rich people have been buying access to various institutions forever. If you’re wealthy, you can afford to invest in tutors, test prep, and other unearned opportunities for yourself and your children. No real shock there, right? Of course it isn’t enough that the offspring of the affluent don’t ever have to consider, much less worry about,  the expense of the college application process or getting a summer job to pay for books.  Nor will the onerous financial burden of student loan debt* be something that will ever be a part of their lives. Yet, apparently, those benefits of being wealthy aren’t quite enough, so a number of celebrities kicked it up a notch by ensuring their children’s admissions to elite schools by making large donations to educational institutions, buying their children better test scores and bribing coaches and athletics officials. Because, you know, all the advantages that come with white privilege aren’t enough when one can seal the deal with a generous check.

Maybe we shouldn’t be so focused on an extravagant celebration of an upcoming birth. Perhaps it’s time instead to direct our attention toward what children are being taught by their parents after they’re born.

*Which, by the way, is currently estimated to be $1.5 TRILLION.

One thought on “The rich are different – Meghan Markle’s baby shower and the college admissions scandal.”