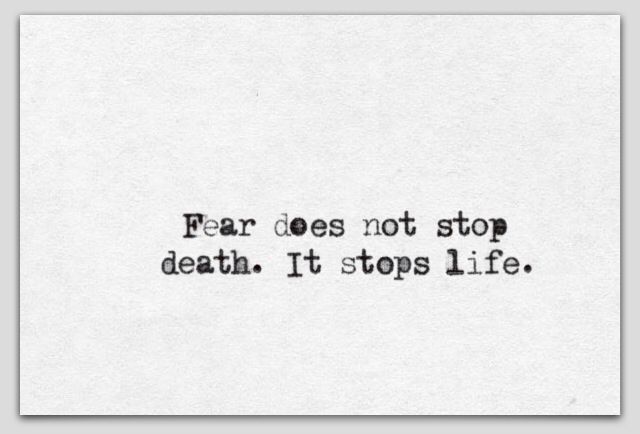 I had a conversation recently with a woman a bit older than I. She was retiring from a job she had held for 15 or 20 years, a job she had done very well for all of those years. It hadn’t paid her much, but her true calling had been motherhood and she had only taken the job after her children were well on their way to being grown.

Now that retirement was imminent, we talked about what she would do with her time. The topic of travel came up and she expressed how uncomfortable she was about going somewhere she’d never been before without the company of someone who had traveled previously to wherever that destination might be. I nodded as the words bounced around in my head…thinking…wait! How in the world do you ever go somewhere new? Are you saying you’re afraid to ever leave home? How does a competent, intelligent woman allow fear to limit her horizons?

International terrorist attacks are happening with increasing frequency. We’ve all seen it – there’s truly no safe place. Church, work, markets, concert venues, airports, train stations, all have witnessed the deaths of innocent people around our world. I’m not even including the tremendous losses we’ve suffered in the U.S. to gun violence – in schools, night clubs and office buildings. The world is a dangerous place.

There are things that scare me, too. I hate to fly because the more often I do it, the greater I think the odds are for a bad outcome. I don’t like heights or crowds and there are places I’d be hesitant to go to without the company of someone native, like Turkey or Indonesia. But, the world is also a remarkably beautiful place filled with people from whom we can learn. Visiting new places, observing customs and absorbing history and culture are one of life’s greatest gifts. It enriches us beyond any other experience, in my opinion, and I dedicate a lot of my expendable income on collecting memories in new locales. It’s money well spent.

Diminishing our lives as we seek to preserve them seems counter productive to me. If something ever happens to me when I’m traveling, reread this post and know that I wouldn’t have wanted it to be any other way. I’m way more afraid of not seeing everything possible than I am of dying while trying.

2 thoughts on “Fear of travel”