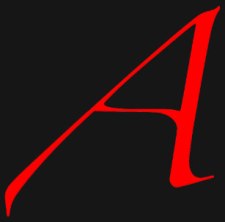 When my marriage ended, I wrote a lot about how I felt. It helped me to clarify and deal with the end of the longest relationship of my life and I felt entitled to that process. It was what I needed to do.

Afterwards, though, I felt guilty about some of what I wrote. I questioned whether I had been fair and if I should have been so honest about the pain I was in. I attempted to compensate for my regret by expressing the positive things that had come from the relationship. I began to shift my thinking to consider the possibility that the end of my marriage came because of needs not being met, not as a result of actions directed at or by either of us. I learned.

Or so I hoped.

My life is pretty public. Secrets aren’t something I personally feel the need to own, preferring direct honesty above polite bullshit, but it really is unfair of me to share my own disappointments at the expense of another. It isn’t kind and doesn’t serve a positive purpose. I don’t believe it’s necessary to tear down someone who once brought you tremendous happiness to make yourself feel better. It’s wrong and I’m sorry about doing it.

Sometimes things just don’t work out the way we planned or hoped. Maybe we’re told things that may or may not be true. Perhaps there are struggles beyond the circle the two of you have created, issues that need to be addressed that simply can’t be resolved as a unit. It’s hard to say and I probably shouldn’t even attempt it.

Suffice it to say that having one’s needs met and being loved the way we want and need to be loved is ultimately the purpose, I think, in having a relationship. When that’s not happening, it’s time to accept the situation and move forward. No need for scarlet letters at all.