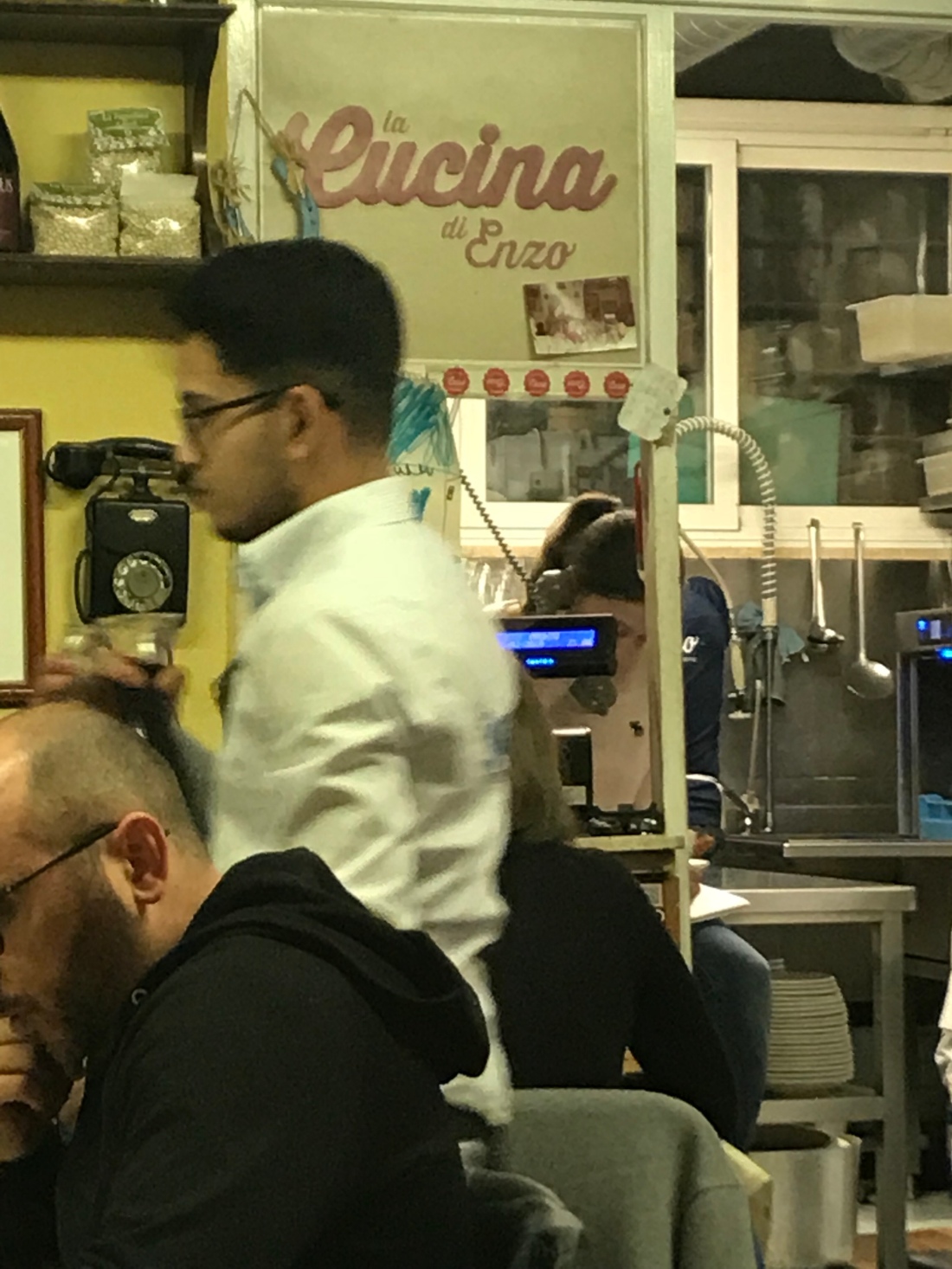 Americans are always the loudest. They want everyone to hear them but they don’t know how to listen. I want to softly tell the table of 6-Got-SUNY-semester-abroad written all over them, (unfortunately not in invisible ink), that I adore their enthusiasm and excitement but couldn’t they enjoy themselves just as much if they spoke in more quiet voices?

Waiting for a seat in a restaurant that I saved my cacio e pepe cherry for. Sorry if that sounds vulgar. It wasn’t my intent.

The crew here is outstanding. The door guy, smoothly and with a discreet disdain that even Paul McCullough could learn from, was impressive. The servers all served smiles.

This restaurant is at the end of a street named Salumi… Come on.

If I knew how to say it I’d say “I’m so sorry I don’t speak Italian because it is such a beautiful language.,” to every Italian I was lucky enough to encounter.

I just said “no bread.” I had the bread last night and it was delicious. I didn’t need it again, though.

It’s ok cool to be recognized with smiles when you frequent the same trattoria two nights in a row.

There’s a man wearing a lavender, I assume cashmere, turtleneck seated directly in front of me. He isn’t even trying to be ironic. 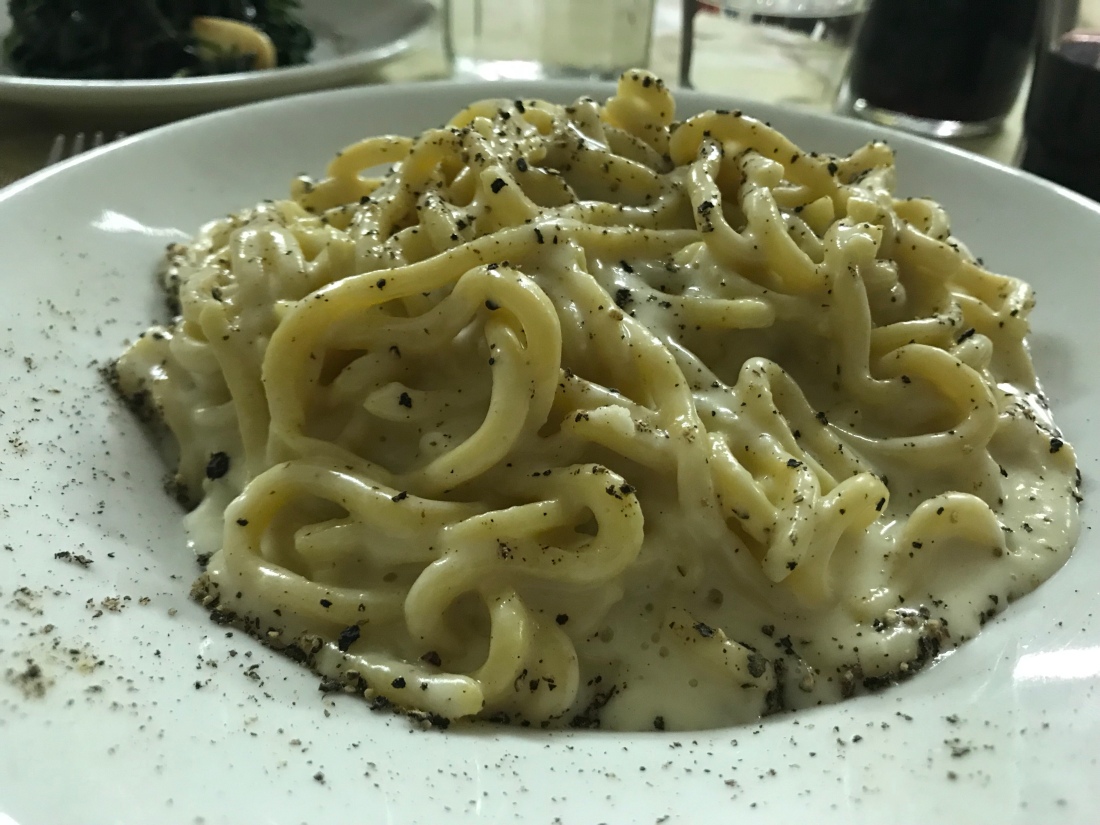 Holy shit. This cacio e pepe is the best pasta I’ve ever had. Ever. Period. The sautéed chicory on the side is a spicy green vegetable nirvana. Contrasted, yet companionable, to the pasta it all creates something which can only be described as sublime. 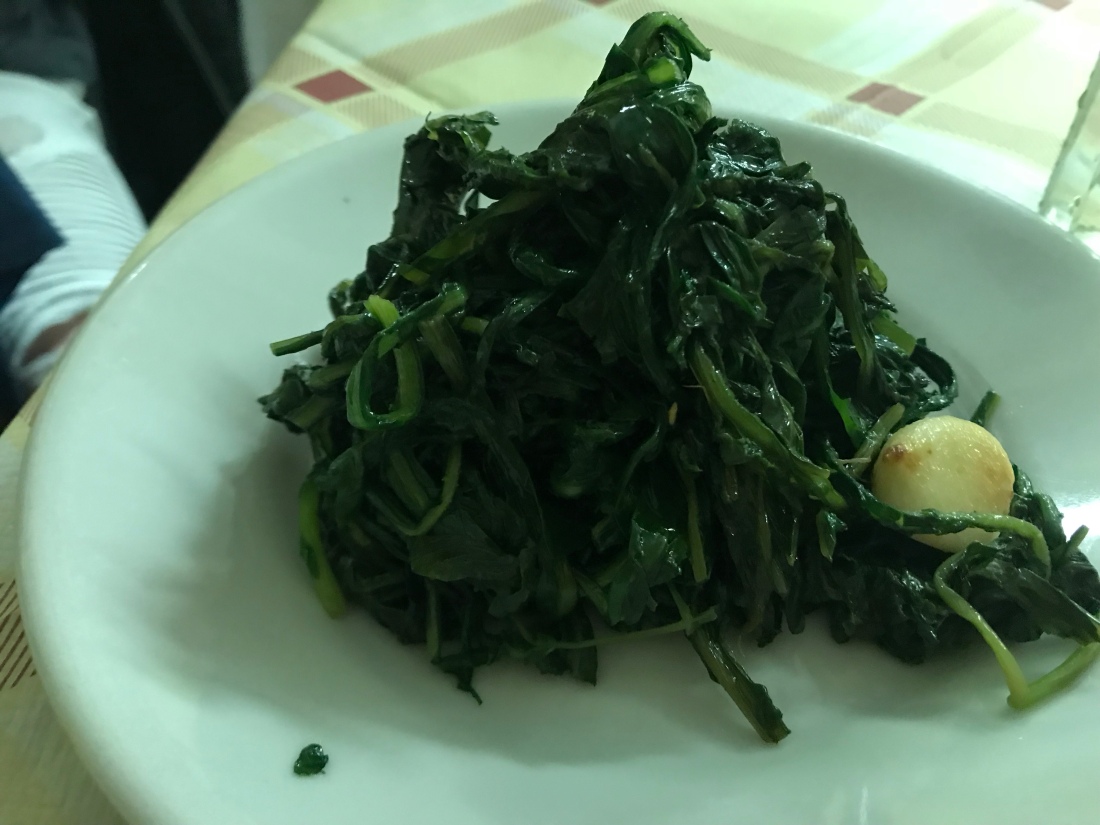 This meal is one of those that can be described as “final meal request” material.

I ate my full leaving enough on my plate(s) to prompt a couple of queries to confirm that I had found everything molto bene. Si! I just wanted to save room for dolce.

The tiramisu was worthy of service in this very, very fine trattoria. Bene. Molte bene!

One thought on “Thoughts inspired by dinner at Enzo29”