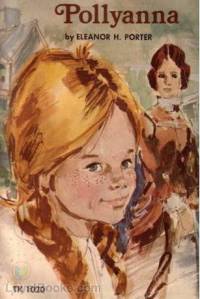 The summer after I moved into the house I currently live in, my neighbor, knowing that I would be seeking a position as a school librarian, offered to introduce me to someone who might be able to help. He offered to take me for a ride to go meet a woman who purportedly had some influence with the school district. Her name was Polly Noonan. I had no idea who she was, but my ignorance made her no less interesting on the afternoon she and I met.

I had lived in Albany for about 7 years or so, but my local history knowledge was pretty weak. I had learned a little bit about politics, mostly while serving politicians and lobbyists at either PD. Ladd’s or the original Yono’s, and what I learned took away more than a little of my idealism. I became acquainted with  who the major players were locally at the time – Jim Coyne, Tom Whalen, Jerry Jennings as an upstart and the Breslin and McEneny clans, but I had real no depth. Corning was just a tower to me. And cheap plates, of course.

On a sunny day, George and I climbed into his Ford sedan and drove over to Polly’s house. I’m sure it was arranged in advance with a phone call, but I wasn’t privy to that. We just drove up and Polly met us and welcomed us into her home. Twenty plus years later, what I most remember is an exchange we eventually had prompted by a painting on her wall.

The painting, an oil as I recall, was of a beautiful Siberian husky dog. Being a dog person and not really understanding how this dynamo of an old woman with a gravely voice was going to land me a job, I asked if it were her dog. She squawked back at me with “yes,” and then continued to say that Jack had given her the dog as a puppy. Jack Kennedy, that is. The puppy had come from a litter that had originated with a dog that had been given to President Kennedy directly from Khrushchev. Yes, that Khrushchev.

I’m certain my eyes were wide, as she matter of factly related her deceased dog’s lineage. This woman who lived in a simple house remarkably close to the thruway, (and as I’ve come to learn, near Corning Hill in Glenmont), deserved a deeper look.

Since that day I’ve told this story a dozen times, maybe even to you. It’s one of my favorite memories connected to my former neighbor, who I continue to miss years after his passing. Reflecting on it, I think it may have been the exact moment that I first began looking at Albany as being an interesting place with lively history, rather than merely a location for a good quality life at an affordable price.

I didn’t receive a job in the Albany school district, but since that day, I have gotten quite an education about my adopted beloved city. I now know stories about Albany and I find it to be a fascinating little city. Thanks, Polly.

One thought on “When Pollyanna met Polly”