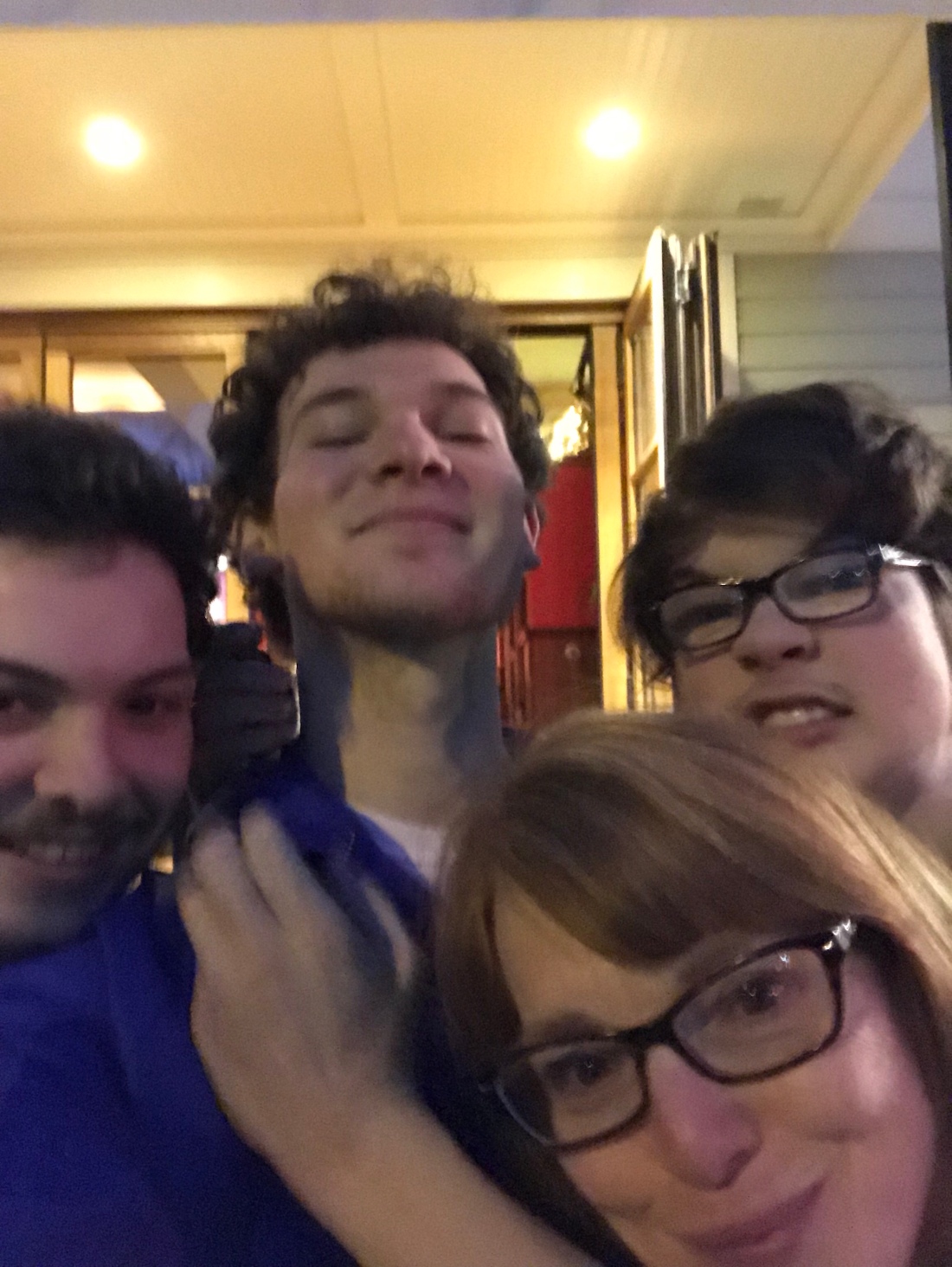 Last night my guys and I had dinner to celebrate middle son’s birthday. His birthday was actually on Monday, but he requested a Tuesday dinner because he felt that he would have more options from which to choose since many places are closed Mondays. This is what happens when you raise foodie kids.

We arrived on time for our 6:30 reservation and were seated after a couple of confusing moments. I’ve only been to Restaurant Navona on one other occasion and last night there seemed to be an event taking place which made it less than clear to me who to approach for seating. Once seated we were given menus, followed by water a few minutes later.

We were all hungry and made quick work of the menus selecting 3 starters followed by 4 main courses. Our server was very capable, but it seemed that she had quite a few tables and placing our order wasn’t accomplished until almost 7:00. We weren’t served bread or the glass of wine I had ordered for what felt like a long time, with the wine barely beating the appetizers to the table and the bread served after we were midway through our first course.

The prosecco I ordered was very sweet making me think I had perhaps been poured the asti spumante rather than what I requested. I drank it anyway. You would have too had you been out with my crew, believe me. Our first course was nicely presented and delicious. The evening’s special of grilled octopus served with beans, fennel and capers was perfectly cooked and tender. My Caesar salad was generously portioned and the bruschetta presentation was unique with the fresh ricotta, peperonata and tomatoes each being served on the side of a stack of very thinly sliced, crisp bread. The bread service was great – warm and oily focaccia with a smear of fresh ricotta and olive oil on the plate. It may have been the best focaccia I’ve had since I visited Genoa more than 20 years ago. I’d happily go back to Navona just to order that again.

Our main course followed very quickly behind our appetizers. The birthday boy had the pork chop, one of the night’s specials, which was accompanied by creamy spinach and roasted potato coins which he found lacking in salt, but I found perfect. The chop itself was beautifully cooked and of high quality but we both agreed that the spice rub was more a detraction than an embellishment.

My oldest son went with the evening’s fish special – roasted cod, faro, and greens. This was a simple dish and the quality of the ingredients and the skill in preparation was evident. My youngest had the Navona pizza with sweet Italian sausage added and he was quite pleased with his choice. The large dinner plate sized pizza was thin crusted with tomato, fresh mozzarella and basil. We all sampled it and agreed that it was a really nice pizza.

I had the gnocchi de pepi which was a risk knowing that it would never reach the level of the cacio e pepe that I fell in love with when I was in Rome. This preparation had the addition of “crispy artichoke hearts,” which I thought were unnecessary to the dish. (Also, they weren’t crispy by any stretch of the imagination.) I would have happily seen them replaced with more cheese and black pepper to suit my own personal taste. I ate about half of the dish, saving room for dessert and today’s lunch.

We finished with two orders of the carrot cake and a coconut cream tart. The carrot cake was an individual-sized loaf with plenty of piped frosting and praline pecans on the side and it was really outstanding. The tart was also very good, but didn’t quite reach the level of the one at Mio Posto although the crust was excellent. Desserts were served on rectangular slate “plates,” a choice we found to be consistent with some of the other unique decorative touches such as the plethora of clocks and pottery scattered about the restaurant. It seemed a little overdecorated to us, but we’re simple people.

Overall, we were impressed with the food, but would have preferred a bit more attention in terms of service. The table where we were seated was less than ideal with lots of traffic continually going back and forth. I think I’d be inclined to return for a bite at the bar or perhaps a table less in the middle of things. The food really was delicious, though, and judging from the crowd that was there last night, they’re doing well and I couldn’t be happier for them.