Christmas Eve dinner with all my favorite guys at our favorite Chinese place.

Learning the blue jay song on a walk with Jeter at Albany Muni. Now I can identify two bird calls! 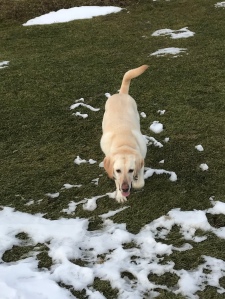 A new kitchen faucet and dish draining rack, because I’m a 50 something homeowner.

The gift of safe travel via train and plane.

Three days in the desert with someone who’s always willing to go places with me.

A couple of hours soaking in mineral waters heated by the earth staring at mountains capped with snow.

Time spent with the person most responsible for my ability to create a life filled with happiness.

Challenging myself with a hike that scared me a little.

A delicious cinnamon roll that I allowed myself to eat in its entirety. In tiny bites.

Joy found in the most basic moments in an extraordinary world.

No matter how many cities I visit, I will always love NYC the most. I can’t imagine ever feeling the same combined sense of awe and comfort any other place in the world.

From my earliest days exploring the city independently as a teenager, to last weekend, no other location inspires, contents and entertains me the way New York City does.

A few sights that caught my eye recently are below. Hope you like them. 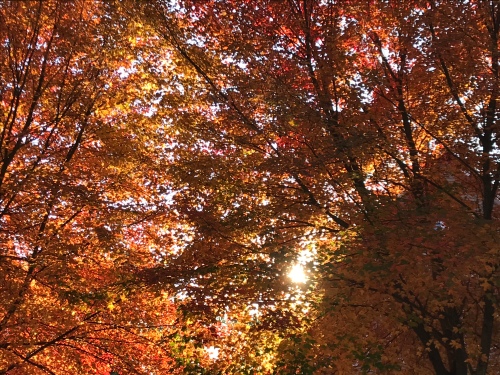 What a weekend, friends! I went into it with very little planned and I couldn’t feel more satisfied by what had to have been one of fall’s finest weekends. It was truly spectacular, far too nice to stay inside the house dealing with anything beyond the most essential of chores.

Except for a yoga class or two, that is. I popped into one on Saturday morning 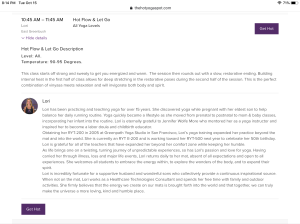 that was a lovely slow paced practice and stretched my muscles after Friday’s late night run with Jeter. It’s been a long time since I ran with my boy because our paces don’t necessarily align and I get impatient with his need to sniff everything, as well as his remarkable ability to take frequent dumps.

I’ve been forced to back off running due to discomfort, and it felt really great to get out under the moon with my favorite four legged fellow. My feet, particularly my left one, have been giving me problems and I’m currently in a place I consider to be somewhere between my first and eventual second cortisone shot in my foot. Plantar fibromas suck.

The yoga class I took on Monday, an intermediate level practice called Hot Core Flow, was 75 minutes of focused challenge. Sally is a beast and the class absolutely kicks my ass. It’s tons of core work, something I’m consciously working on after being diagnosed with a tiny hernia in my abdomen, and the planks just kept coming. We moved through a couple of series of plank to forearm plank to plank to forearm plank repeat and the sweat was just dripping off me.  It felt amazing.

As things became difficult, I reminded myself to return to the breathing with which we had started the class. Deep inhale, deep exhale. Again. Repeat. Controlling my breath helped me feel strong in way that was similar to when I run. As I consider what my body and brain are both comfortable with, in terms of aerobic exercise, I appreciated this familiar sensation.

Running isn’t about legs nearly as much as it is about breathing and heart.

You know it’s a hard class when half pigeon, despite my hips were screaming for the duration, felt like a resting pose. It was totally intense, but somehow exactly what I needed – to be pushed first, then encouraged to relax and soften.

As we settled into shavasana, Sally offered a reading, excerpted from here,
that was as perfect as her playlist had been all class long.

Your journey
Your path
Your purpose

Crossing an ocean in a boat isn’t the only way to explore new things. Even if I can’t run exactly the way I’d like to, maybe I’ve discovered some else.

A colorful and delicious night in Troy

Tuesday night I made my way to Troy to finally (after years of missing it) participate in the Night of the Walking Red. The event, organized by The League of Extraordinary Red Heads and hosted by Ryan’s Wake, annually gathers together natural redheads to celebrate how wonderfully special and unique they truly are in a world of brunettes and blondes.

Side note: Twice on Tuesday I was called a strawberry blonde. I suppose it is possible that my hair color is fading as I age, but don’t doubt for a second that my redhead personality remains as vivid as ever.

After posing for the group photo, snapping a few of my own shots and catching up with a fellow teacher I had worked with more than twenty years ago, (who is married to a redhead) I found myself hungry and without a dinner plan.

Hmmmm…Troy….where have I been wanting to eat? Nighthawks!

I Wazed my way to the other side of the bridge and quickly found a parking spot, something that doesn’t always happen in trendy Troy. As I walked the half block to the restaurant’s corner, I couldn’t help but be impressed with how good Troy looked in the dusky, evening light. There were appealing storefronts and shops which attracted my eye for another visit, while the soft glow of Nighthawks’ windows beckoned with a warm welcome.

I arrived at about 7:00 and grabbed a seat at the bar, my preferred spot, particularly when dining solo. It was Burger Night, something that is celebrated weekly on both Monday and Tuesday nights when $15 gets you a burger, fries and a beer. I love me a meaty burger, but the veggie burger called my name and I couldn’t have been happier with my choice.

When my plate arrived, everything was hot and well portioned. I’m usually that annoying person who doesn’t eat the burger roll, but I was feeling indulgent with my bean, grains and mushrooms based burger and went hands on. So damn good.

The special sauce and pickles made for a wonderfully messy delight and I’m pretty certain it was the best veggie burger experience I’ve ever had – and that’s without factoring in the tasty Indian Ladder cider and the excellent playlist that had me humming. Gladys Knight and Led Zeppelin? Uh, yeah!

It took me too long to get to Nighthawks but, now that I’ve finally made my way there, a return visit is guaranteed. Keep the lights (and music!) on. I’ll be back.

Believe it or not, DelSo is nearly ten years old. It’s been a pretty interesting run for me. Writing and sharing my life with people who take in my words, without looking in my eyes, is a sometimes odd experience.

My original concept, an inspired idea without much planning (aka The Silvia Story), was a community blog with neighborhood things and local events. I had birthed the sometimes hated name, DelSo and, for some weird reason, it stuck. I’ll never stop smiling just thinking about “DelSo” appearing in some official city mailings and on Google Maps. Kids, you can make up your own language!

Anyway, my idea was to explore happy hours around town and write about it. Low key, kind of insider foodie stuff. Fun. You know, light.

My life changed and the blog changed. There was a lot of emotion and readers responded. I grew to accept that the stories I shared were, in fact, mine to tell and if my transparency revealed the shadows of others, it wasn’t my intention.

DelSo has been a consistent outlet for nearly a decade, something I never imagined. Since last spring I’ve also been publishing pieces on a new platform, CivMix. Some of the topics are similar to things I’ve written about right here, but they’ve been tweaked a little differently. Truthfully, I sometimes wrestle with where to publish what. It feels like some weirdo writer’s infidelity thing. Whatever.

Here are some recent posts I’ve written over at CivMix. Hope you enjoy them – S

Why Own When You Can Rent? 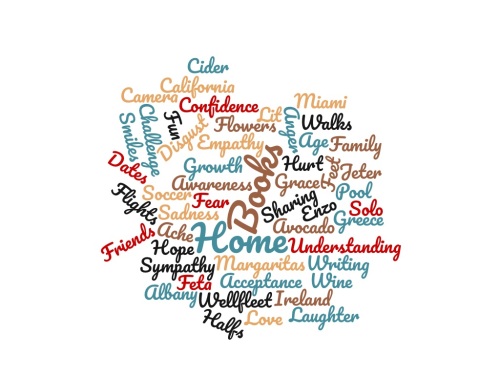 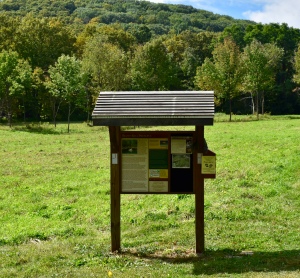 I’ve had a really busy month. There was a wedding in Buffalo, a weekend wine fest in Rhinebeck and two Albany events last Saturday. I’m not complaining about the state of my social/work calendar at all, but I do feel as though Jeter has been a little neglected recently and I can’t coast on his Wellfleet week forever. So, Sunday afternoon he and I took a drive out to Altamont to the Bozen Kill Preserve for a little quality time together.

How I came to select this particular spot is kind of funny. I knew I wanted to get him outdoors for a hike, but was unwilling to drive any real distance. As I was considering where I might take him, my Facebook feed offered up a recent  CivMix post  and the first option struck all the right notes – not too far, welcoming to dogs and with the added bonus of clean water for my boy to take a dip. After Waze-ing the drive, we were off.

The ride was pleasant with hints of fall’s shades of orange and red just starting to make a splash in the foliage. I don’t drive out that way very often and am uncertain what surprised me more – how very crowded Indian Ladder Farms is or the fact that someone thought it was a good idea to increase the speed limit to 55 mph just before this way-too-popular place is visible. Someone really should re-examine that decision.

After another few minutes and a series of turns we were past any apple picking crowds and parked in a small lot that contained only one other vehicle. We was in the country! Leashed and ready, Jeter bounded out of the wagon and I signed us in at the nearby trailhead and off we went, following the white trail across the field and into the woods.

Our path was well marked with the occasional mild incline. Once we were about 10 minutes up the trail, the sound of cars faded and we were alone with only the birds and the occasional tiny toad for company. As far as humans, we only encountered one family on our walk. giving me the sense that I had traveled far further than a mere 15 miles.

Eventually we found our way to a gentle stream, aka Kill, which Jeter happily stepped into for what may have been his last swim of the year. As promised, the water was pristine.