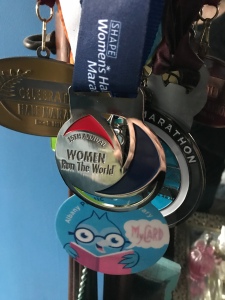 While I don’t maintain a formal bucket list, I have long thought that I would like to take part in a race in NYC. When an elementary (!) school friend contacted me a few months ago about the Shape Half Marathon, I knew I had found my race. The price was a little extravagant, and the media partner wasn’t really my cup of tea, but the course was appealing and I’ll pretty much spend a weekend in NYC anytime – even if it means I have to run 13.1 miles!

Spring has been a long time coming in the northeast this year, which only made Saturday’s forecast of sunny skies and temperatures in the mid-70s that much more appealing. The race, however, was being held on Sunday morning, which had much less favorable forecast. Our only solution was to soak up as much sunshine (and carbohydrates) as possible pre-race, which we did as we walked and ate our way around the city. 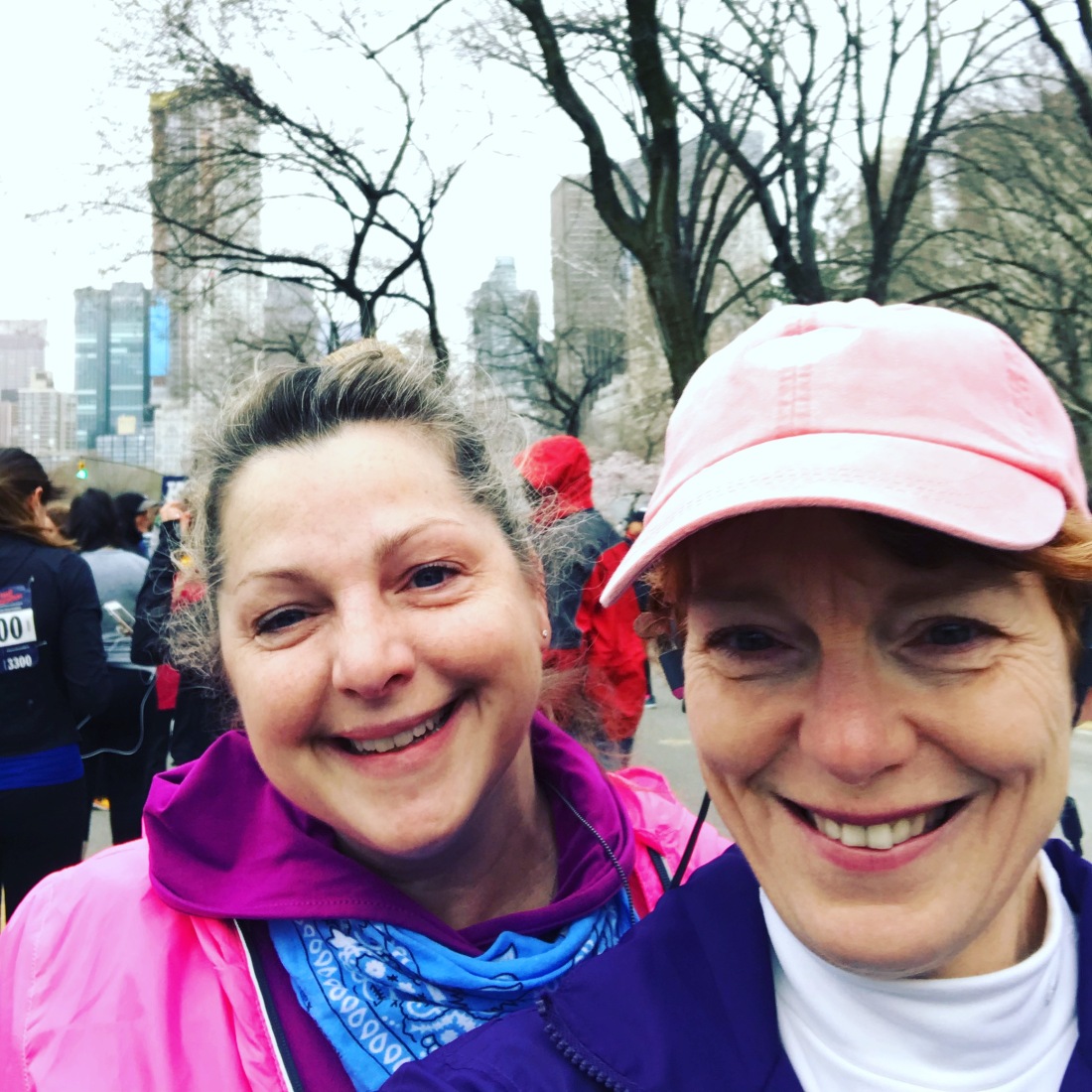 Race day dawned dry, but cold. We cabbed the 30 blocks to Central Park and spent the 45 minutes or so before the start working hard to stay warm. It was a raw and miserable morning* and I regretted not adding gloves or a warm hat to my racing wear.  My legs were trembling from the cold for the first mile and it wasn’t until the 3 mile mark that my hands felt warm, but, I was running a race in NYC and somehow that made it ok. My favorite parts were when we were on the east side of the park with views of the Guggenheim and the Met, the area at the northernmost part of the park and all of the daffodils and flowering trees in bloom. It was spring in NYC! 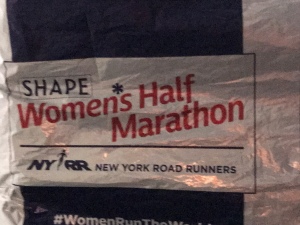 The hills of the park didn’t register too much on my radar, but my pace was slow and comfortable, except for that last mile which felt like 5 miles. I didn’t have much kick left to finish strong, but I managed to get across the line in 2:23:09 with a bathroom break and multiple water stops. I was in the top half of my age group and that satisfies me. After the race I wrapped up in my first foil blanket and caught a train back to the hotel for a gloriously hot shower. Next race: The Seneca 7, a 77 mile team relay in the Finger Lakes. Let’s hope for a sunny day!

*although not as raw and blustery as this year’s Boston Marathon. Man, those runners are warriors!