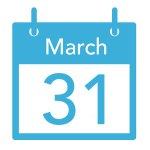 Time is such a funny thing. I don’t know about you, but my own sense of time has changed so many times as I’ve grown older. I remember, as a kid, thinking that seasons were seemingly endless, especially summer. Summer was so long that I would have sworn the flowering bush in our front yard bloomed two distinct times. Some months, too, seemed crazy long, particularly March. It obviously isn’t the only 31 day month, but it is one that has always had a tendency to drag. Until recent years that is.

This year, I saw March coming and I was equal parts excited and already exhausted. There were four concerts, a weekend getaway with a special friend, overnights with the girls, two public performances (a friend’s turn taking on the Vagina Monologues and my own storytelling event), some medical appointments, and a half marathon. Plus that full-time job and tending all the males in my life…it was pretty insane, honestly.

I closed out the month with a reasonably mellow weekend with only two commitments – Friday night dinner out with friends and a Sunday late afternoon long run with the Luna B*tches, two related items if you consider the enormous serving of pasta that I’m still working my way through days later. I’m feeling almost caught up in terms of rest and household tasks and just about ready for April and the adventures already on the calendar for this month. No fooling.