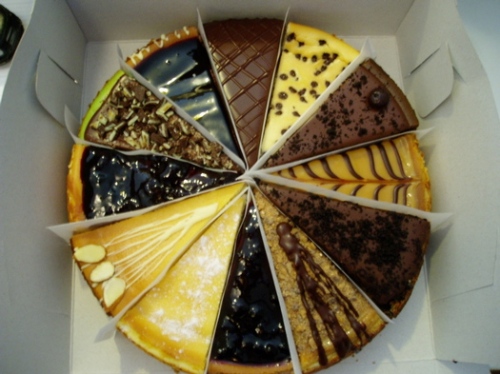 Today’s run was brought to you by thoughts of love and dessert. Or maybe I should say, love of dessert. As Jeter and counted the miles, I considered my tendency to generally be a fairly generous person. I’m not a hoarder and I don’t feel the need to accumulate much in life, happily sharing things which come my way. With one exception.

I do not like to share my dessert. There’s something lost to me when I allow someone to get their fork or spoon all up in my cheesecake or creme brûlée. I know it sounds horrible, but it’s the honest to god truth. I just don’t get the same satisfaction in my indulgence when I’m not the exclusive consumer. I am unsatisfied, I guess. I want it all.

What do you think? Which do you find to be more satisfying – dissatisfaction or unsatisfaction? And, most importantly, are you the kind of person who makes it a habit to share dessert?

On February 9th my youngest child turns 11. I seriously don’t know even know where the last decade went. We brought him home from the hospital one winter afternoon and here it is a lifetime later. In an ironic way, the baby who was supposed to be my baby has grown up faster than either of his brothers. Such is life – grab the moments while you can.

This February 9th, I’ll be accompanying my boy and his classmates on their field trip to the Albany Institute of History and Art. I figure there aren’t many field trips left and I’m excited to spend his birthday with him and the exhibit, The Capital Region in 50 Objects interests me. It’s embarrassing how infrequently I get to the institute and I’m very much looking forward to seeing 50 objects which define the city where I have lived for more than half of my life.

Looking through the list of objects included in the display, I noticed a few buildings represented. As you might imagine, the Empire State Plaza and State Capitol are on the list, along with the residence of Stephen and Harriet Myers. You see, buildings are important and can help to define a city.

My children and I have witnessed the construction of a number of significant buildings in our lives here in Albany. I recall the construction of the Times Union Center and a number of other downtown buildings which have changed the landscape of our city. My children have benefited from the community investment made to improve libraries and both elementary and middle schools in our city and, as a parent, and taxpayer, I was pleased to support these initiatives. No longer do children in the city of Albany have to attend classes in buildings which are decrepit and lacking in modern amenities as was once the case.

This February 9th, we as a community again have the opportunity to demonstrate our commitment to the city and its children with A Vision for Tomorrow. While none of my children will directly benefit from this ambitious undertaking, I will gladly accept the small (approximately $25) addition to my annual tax bill.  It’s the right thing to do and will help to provide the best opportunity for our teens to succeed. If we can justify building an entire plaza to impress the Queen Beatrix of the Netherlands can’t we provide our own residents with a building for which they can feel pride?  Maybe you could think of it as a birthday gift to Quinn?

Need more information?  Check out one of these community forums and get yourself up to speed.  Let’s not allow a decision this big to be decided by a small group of voters.  Our kids deserve better.

Taking Samson for a haircut

The Lilly boys have all been blessed with good hair. Thick, shiny, and curly hair are represented in our household, all without the addition of products or fussing. Isn’t that always the way with boys? Through the years, the guys have gradually gone from bald to blonde to light brown to dark hair. Their hairstyles have experienced a similar evolution from riotous curls to closely cropped and from moppy to groomed. Aside from one teary episode following a “too short” haircut, things have gone fairly smoothly. Until Quinn, that is.

In recent months my youngest son has resisted haircuts more steadfastly than the biblical Samson. When he finally acquiesced to a trim a couple of months ago, the appointment left all three of us (the stylist, Quinn and myself) frustrated as he literally selected individual hairs which he would allow to be touched by scissors. Seriously, he was lifting hairs and offering them to Nicole with firm directions regarding how much could be removed. When the “cut” was finished the amount of hair on the floor was smaller than a furball coughed up by a kitten – a true waste of money and time.

Now, don’t think for a second that I was demanding a dramatic shearing, all I was hoping for was a taming of the wild mane. Last weekend, with two sons in tow (appearance obsessed middle son had already gotten himself there a couple of weeks ago) we made our way downtown to Patsy’s for another go at a real haircut.

Patsy’s is tucked around the corner on Howard Street between the Times Union Center and City Beer Hall and on a Saturday afternoon, parking was plentiful – a marked difference from the all chairs full scene inside Patsy’s. No worries, we found a couple of seats and waited less than 10 minutes to get the guys in chairs. Some observations from my vantage spot – super professional, meticulous barbers, most sporting full sleeve tattoos and/or groomed facial hair, taking their time with each individual client. It was a wonderful sight to behold and I wouldn’t have been opposed to spending the entire afternoon there, sipping self-serve cans of PBR and watching the men at work.

How did we fare? Quinn received a compromise haircut which left both of us satisfied – his mop was shaped and layered and now looks far more intentional than the mess he was sporting when we walked in the door. Liam, whom I think looks most handsome with short hair, got a fairly dramatic cut and neck shave, both of which he appreciated. Hair for hair, his cut was the more dramatic but Quinn’s trim and shape up definitely was an improvement. Two thumbs up for Patsy’s – our new go to place. 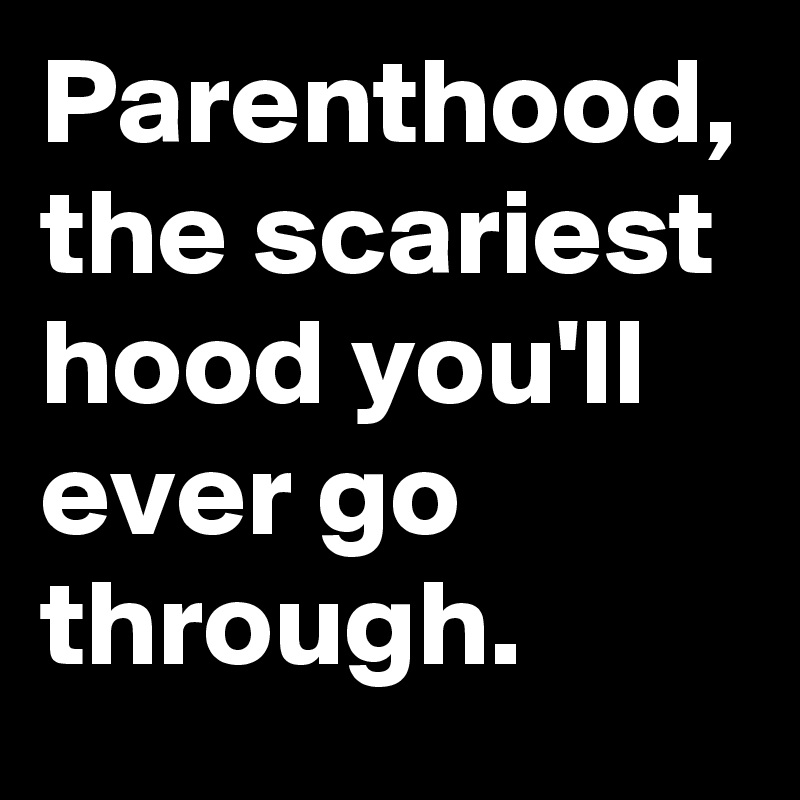 I like a new beginning. A page turned in a calendar, sharp pencils and a book’s unbroken spine can fill me with promise and hope for what may come next. Possibility is a good thing and sometimes it’s the only thing that inspires me to stay resolute in looking forward rather than to the past. It isn’t always easy.

In life, every day provides us with an opportunity to make positive changes. Today might be the day that you start paying more attention to how you’re treating yourself and others. Maybe you’re ready to take a chance on something which you’ve previously rejected as too scary or a person who has proven disappointing in the past. It’s a new day and anything is possible, right?

So, take a deep breath and let it out with a sigh, expelling the stale and negative air that has been filling your lungs to make room for new energy and inspiration. Maybe take a minute to give yourself a pep talk reminding yourself of your strength and all the other challenges you’ve made your way through already in life. You’ve got this; you’re a survivor, right? You aren’t inclined to settle for less than you need or want, are you? Be your best even if you have to fake it until you make it. Believe in yourself.

Today is a new day to commit to being who you want to be. Be your best you.

Taking tips from bartenders – Motown Mondays at the 5 Spot

Having a good guide book when you visit a new city is generally not a bad idea if you’re looking to become familiar with where to eat or shop. Making friends with a bartender or two, though, is an even better idea if you’re interested in hanging out where the locals do. Case in point – the excellent tip we received from Kenneth at Husk about where the cool kids go on Monday nights – East Nashville’s 5 Spot.

Now, we really didn’t know all that much about Nashville when we decided to make it our girls’ getaway destination. We certainly didn’t know anything about East Nashville. Well, it seems that this area east of the Cumberland River is an upcoming neighborhood populated, as we learned from our Uber driver, with hipsters. This isn’t my assessment, just what we learned from the locals, my friends. I have to say, judging from the facial hair, plaid shirts and smart spectacles, it seems a pretty valid conclusion.

We arrived at the 5 Spot somewhere between 9:00 and 10:00, it’s kind of blurry. We anted up $5 a piece and joined the healthy crowd inside, already nodding our heads to the music and the scene. This was not a place for posers – just a whole bunch of people who wanted to have fun and dance. I love a good dive bar and this place has the vibe down – a little gritty, a lot dark with cheap beer and a small back “patio” to escape to when the need to cool down trumps the need to boogie down. If this place was in Albany, I’d make it my home away from home for good, clean fun.

This might be a fine time to note that I DO NOT dance generally. I’m not sure if it was the pre-game shots of Maker’s Mark, the anonymity of being a stranger or just that damn Motown beat, but I couldn’t quit moving on the dance floor. For three roughly mid-century girls, we were spun around with enthusiasm by an array of partners, but there wasn’t any handsy gropping or grinding going on. It was just about the music and dancing without any aggressive, cruisy bullshit. It was ultimately the perfect girls night out. The 5 Spot on Monday night is a game changer when it comes to the Monday blues