In August of 1988 I was 21. I moved here knowing not a single person, other than Mary Panza who I was lucky enough to meet when her roommate tried to find me an apartment in his role as a real estate agent. The summer of ‘88 was hot, so damn hot. There was a heat wave that was unrelenting. I traveled to England and the Netherlands in July that year and I loved every day of dreary, damp weather we experienced abroad.

That first trip to Europe changed my life. It opened so many doors and windows and made me a traveler in a way I had never imagined. I had met a guy on the ferry on my way back to London and was acutely aware that he was great, but that the timing was not. We did, however, make some lovely memories and everyone should know the excitement of a long distance romance. When a man flys into jfk, hops into a rental car and drives to Albany to spend 2 days with you…well, you feel kind of special. I hope you know that feeling.

Albany charmed me from my very first visit when I found my way to Lark St.and enjoyed a fancy brunch at The Beverwyck. Once I got a handle on the size of the city (it’s always felt small to me, initially a disappointment but ultimately an asset), and began connecting faces and names, history and legend, I settled in with interest and made a life here.

Albany has witnessed my greatest joys. I got married here, right in Washington Park on a picture perfect Sunday afternoon. I own a house and pay taxes in the city and appreciate the privilege of both of those being possible because of the education (and degrees) I received from SUNYA. My children were born here and are students in the city school district and, while the education they receive may not be as immediately impressive as the high test scores and college acceptance rates of the suburbs, I do know my sons have learned a lot about getting along with people who don’t necessarily look or think like they do. Lessons in life count too.

I started running, an activity I never could have imagined I’d love, while a student at UAlbany and have run thousands of miles around this city.  I’ve learned to write and take photos and have been lucky to share some of my passions with an interested audience.  The opportunities here have been limited only by my own level of competence.  It’s been so cool, really.

Albany, though, has also been the setting for some of my saddest days. There are places around this town that are absolutely haunted for me – spots that I do my best to avoid because of the personal ghosts. The news, both domestic and international, that I’ve witnessed while living in Albany, has left an imprint as well. Princess Diana dying, the towers falling, the children murdered in whatever most recent school shooting…I can tell you exactly where I was for each of those breaking stories. I’ve shed a lot of tears in this town. Believe it.

After 30 years, I love Albany more than ever. The happiness I’ve known in this city that receives credit for how easy it is to get to places “to which you really want to go,” has far outweighed the heartaches I’ve experienced. I’m not sure what the future holds, (once I hit my 30 years teaching, who knows?), but these three decades have been the most productive, challenging and exciting times of my life and I wouldn’t have wanted to live them anywhere else. 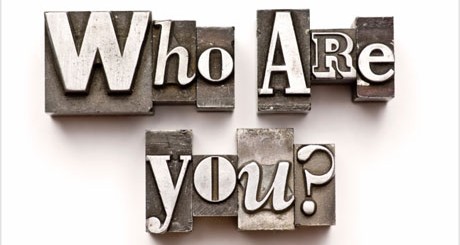 Yeah, you. My reader. It’s been more than 7 years, 2 domains and a divorce since DelSo was born. Over the years I’ve shared a lot of my life and self here, in print. You, as a reader, have come to know me on some level from my words. What makes you return here (assuming you’re not new around these parts) and read what I write? Let me remind you of some of what I’ve related to you in the hope that you might feel inclined to share with me – who you are, reader? Why are you here?

There have been so many miles – more plane rides than I could have ever imagined, along with  runs and races and road trips. I’ve  explored cities with my boys and my girlfriends and solo. My feet have run in a half dozen different countries and probably about the same number of states.

My home has evolved from a house with two full-time parents to one of three part-time children. There have been physical improvements, rooms repurposed and painted, new rugs and furniture rearranged. It feels different. After a refinance or two, I know it’s mine.

I’ve written about books I’ve read and movies and concerts I’ve seen. Increasingly, politics and my dismay with our current leadership have been topics I’ve felt compelled to write about.

My children and the challenges of being a parent frequently provide fodder for posts. While the joys outweigh the frustrations, parenthood remains a roller coaster ride that keeps me on the edge of my seat with a scream threatening to escape. It’s a heart racing ride.

Sometimes I cook or bake and post recipes and photos of the fruits of my labors. Food and wine are a big part of my life and I’ve happily shared my experiences with you.  Oh – and there’s that wine bar that I own.

There have been times when I wrote with sadness or anger, but I think I mostly write from a place of understanding and acceptance. Balance and moderation are woven throughout much of what I write.

Health and wellness have been covered and the miracle of menopause has been mentioned.  The heartbreak of addiction and the threat of cancer have been present. I’ve learned to ski and have found bliss in pigeon pose in a room heated to 100+ degrees.

It’s all here – my life.  Not perfect, not necessarily what I ever imagined it to be, but a life that I feel grateful for in a city that I have come to love.

Will you tell me why you visit my life?

Prior to our visit earlier this month, I hadn’t been to London in a long time – almost 20 years.   In the past I’ve always considered London to be huge, sprawling in every direction with too many neighborhoods to ever fully explore.  This sensibility of mine made planning a mere two days there a bit of a challenge – where to stay?  What to see?
I began by booking a flat rather than hotel rooms and I selected an area of the city that was just being developed during my last visit – the Docklands.  This area southeast of central London is very reminiscent, to me, of Battery Park in NYC.  I received some criticism for staying “so far” away from the tourist areas, but, this place was just about ideal for us.  The flat itself was modern, but a bit dingy in the carpets and bathrooms, with a grocery market and transportation (Docklands Light Rail) nearby.  We arrived late on Saturday night, leaving 2 full days for hitting the sights.

We began by figuring out the transportation system, which is both fairly priced (about $25 total for our family’s one day travel cards) and convenient.  Using a combination of the DLR and the Tube, we were on Regent Street in 20 minutes – perfect.  Our meandering path took us to Piccadilly Circus, The National Gallery, Trafalgar Square, past 10 Downing Street and to Westminster Abbey and the Houses of Parliament.  We bought tickets for the double decker bus tour in the afternoon and spent the latter part of Sunday, as well as Monday morning, riding the bus (and a boat on the Thames) around London.  This was the third hop on/hop off bus tour (the others being in Dublin and Belfast) we’ve done and they are a really easy way to hit the major sights.  I don’t know why these tours are so expensive at home (NYC for a family of 5 = $220+) but in London the price at less than $100 was a great value.  Actually, we found most things, including the London Eye and the Tower of London, to be about $100, not quite the hemorrhaging of money I had imagined, but certainly capable of putting a dent in your wallet without consideration. We had hoped to ride the London Eye at sunset, but the evenings are so long in Europe in the summer that we didn’t have the fortitude to occupy ourselves until 9 pm, particularly since we were still on Italian time.  The views were outstanding, but, honestly, I could have done with a 15 minute ride rather than the 30 minutes required for a single rotation.  I definitely get a little irrational about heights and was convinced that at least one of the Lilly boys was going to push against the door that quite clearly said “Do Not Lean on Doors” and plummet to his death…

I did take a moment, however to catch a photo of this factory (minus the floating pig)  which gained fame as the cover of Pink Floyd’s Animals album.  We finished the evening with a great dinner, including Peking duck, in Chinatown.  Should we have had pork, do you think?
Monday we hit up the Tower of London, which is only cooler after watching a couple of seasons of The Tudors.  We didn’t see the crown jewels (insert Royal family joke here) this time around because the queue was way too long, but the boys definitely got something out of visiting this amazing place.  The family split, as Tom and the two younger guys went the Ripley’s Believe It or Not museum while Liam & I shopped, and then bounced to Covent Garden, where Griffin and I took in some street performances while Tom, Liam & Quinn visited the London Transport Museum.
While we certainly didn’t see close to everything that London has to offer, the guys definitely got a flavor for the city, the culture and the history.  The weather was spectacular, the boys were generally cooperative and the beer was tasty, all good reasons to go back before too much time passes.